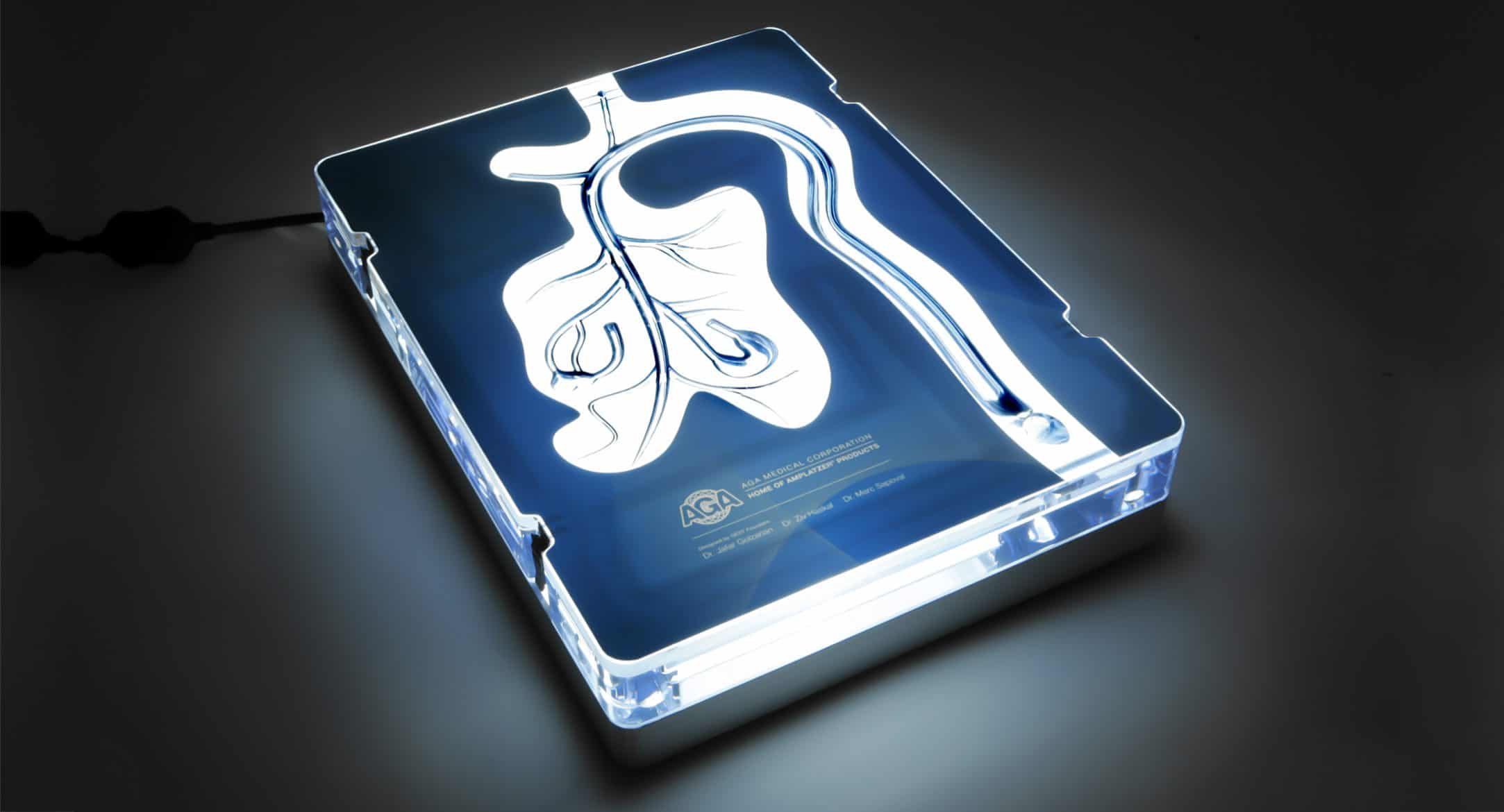 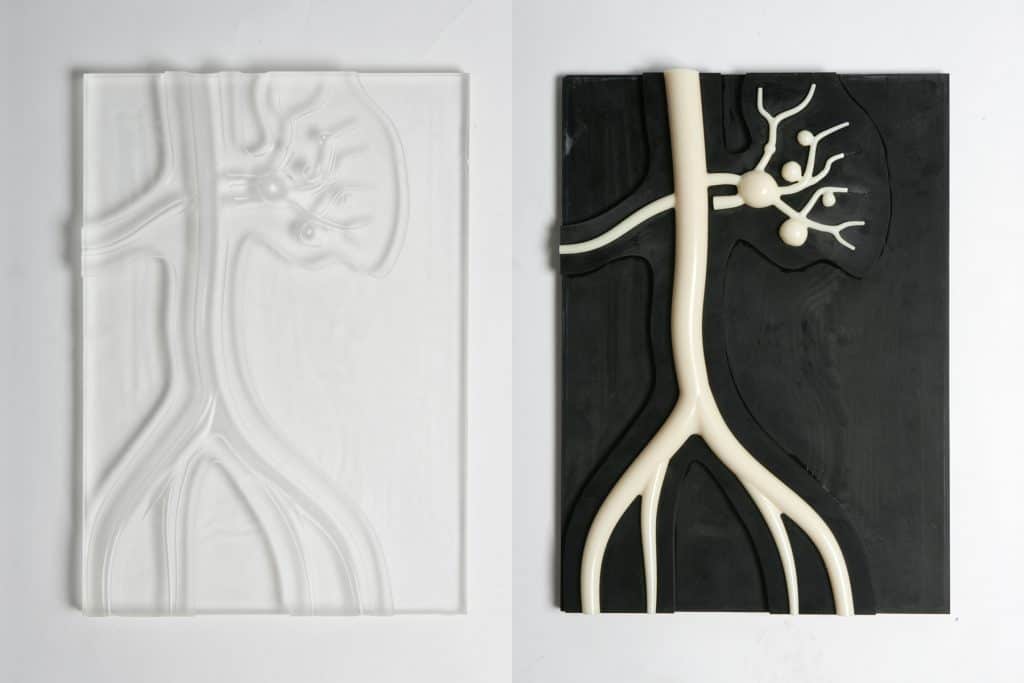 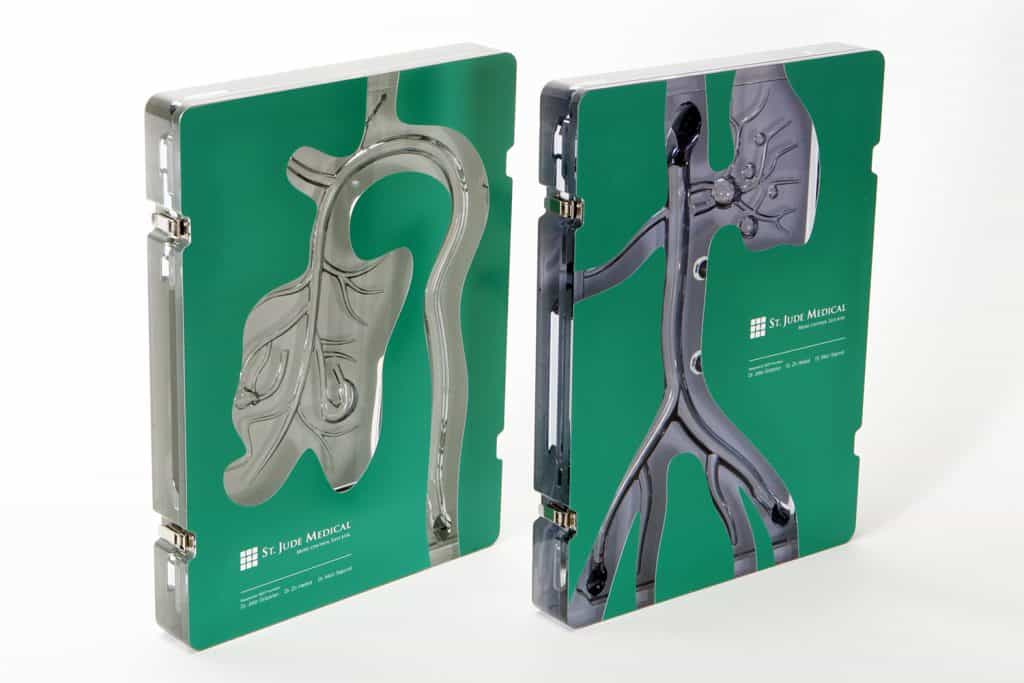 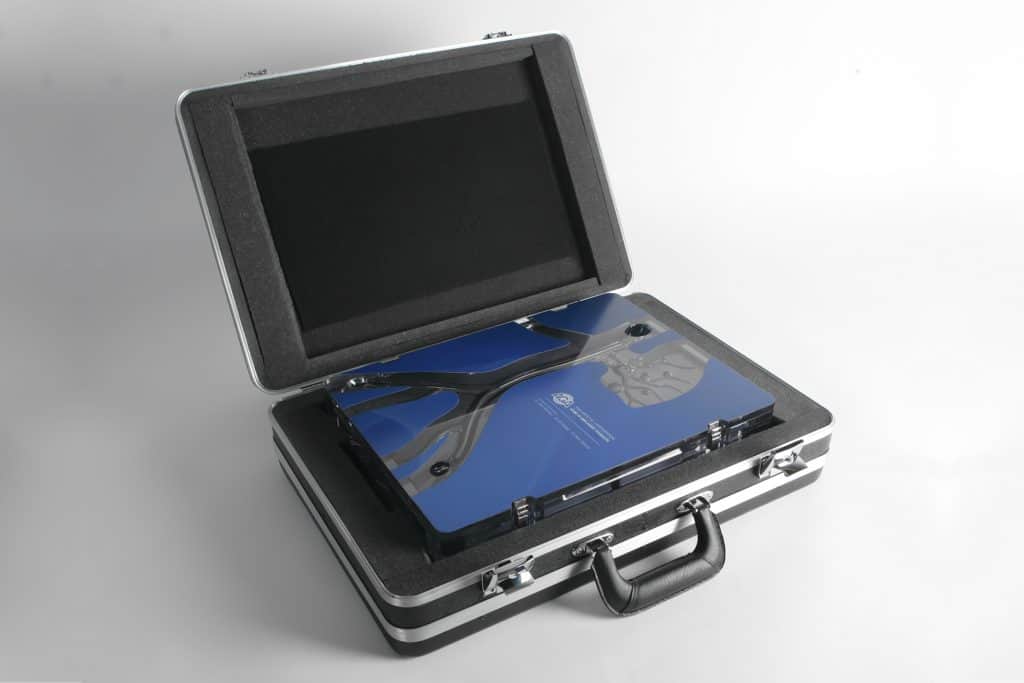 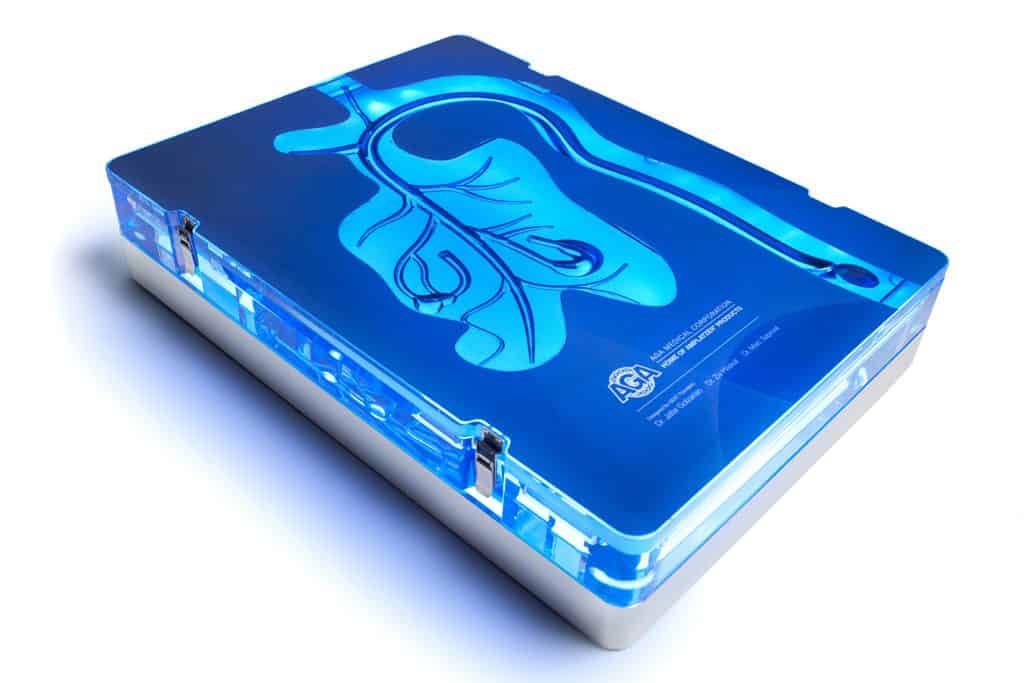 St. Jude Medical came to WhiteBoard with an ineffective silicone demonstration model for occluder devices. Two pieces of silicone were separating during a demonstration allowing their device to get stuck between the silicone rather than following the path of the vein.

Initially St. Jude thought they needed to continue using silicone, so the occluder would grip like it naturally does in the veins. WhiteBoard created a new silicone part to mimic their old one, and an aluminum box held the parts tightly together. The models didn’t have the natural lubrication of blood so a clear lubricant was suggested to provide the glide that they needed to use the models, and suggested switching to a hard plastic for any future models. Eventually the client needed more models and a polycarbonate was used without lubricant, which provided enough grip for the occluder to grab but not so much that the device would get stuck on tight turns.

St. Jude later returned with the idea to light the model from the back, allowing for even greater visibility when demonstrating to a large group. After testing various lighting methods, a simple LED rope lighting design was chosen, with the perfect balance between cost effectiveness and a slim design. A light defusing lid allowed the light to be evenly distributed throughout the light box.